My Journey Into Drumming Literacy​

If there is one thing in the world that I could not live without, it would be music. Music has been a part of my life since I was very young. My mother would play music in the living room and I would “dance” along by throwing myself onto the floor or couch. My uncle used to also play on his customized electric guitar for me, showing me the cool Guns ‘N Roses riffs he had learned and even some of his own original music. At the time, this was all that I knew about music.
My first experience learning anything about drums did not come until I was in sixth grade. In a music program run by my elementary school, I learned the basics of drumming, like how to hold the drumsticks and different simple rudiments.These things are definitely important, but it was not entirely what I was looking for. I wanted more. I could only play one drum at time, but I wanted to play on a drum set, which has multiple drums and cymbals. I would not get the knowledge I needed from this music program, but it instead came from a very unlikely source.
Without a real drum set of my own, my only way to play and practice was still Guitar Hero. I would never be able to truly develop my skills as a drummer without being able to play on real drums. My pastor of the new church I went to helped change that. One Wednesday while I was at church for a weekly youth program, my pastor noticed that I had quite a bit of rhythm and he asked me if I knew how to play drums. I said that I kind of knew how, so he sat me down on the churches drum set and asked me to play along with him to one of the songs that we would sing in those youth meetings. I did my best, which was apparently good enough for him, because from then on I would play with him every Wednesday for that youth class. This gave me plenty of experience playing on real drums and not just their plastic counterpart. Eventually, my pastor let me play a song or two with the worship band (which he was a part of) on Sundays, something I had dreamed of since seeing the worship band of the church I went to years ago. I was ecstatic, to say the least. I would eventually become a full-time member of the Sunday worship band, which I loved; I would smile every time I got to play those shiny red drums on Sunday mornings. These performances with the band gave me a lot of much needed experience being the drummer for an actual band and not just a drummer in a group of drummers for an orchestra. But Wednesdays and Sundays were still the only time that I had the opportunity to play on real drums. If I wanted to keep improving, I needed a real way to practice whenever I wanted.
After learning all of these key concepts to drumming, it was time to put it all together. In the middle of high school, three close friends of mine, Braden, Julio, and Enrique, and I decided that we wanted to put all of our musical knowledge together and created our own band. We named our band As You Wish, after a quote from the famous movie The Princess Bride. Unlike most high school bands, we skipped the phase of covering songs and went straight into original music. We made many original songs while together; we had two methods to writing our songs. In the first method, our band leader Braden would write the lyrics and a simple melody for the song and the rest of the band would each add their parts based on what sounded good. The second method (my preferred method) was creating a song by taking the best parts of a jam session, which is when we all improvise our parts together. This is how our first song was made. Most of our songs had unique and “edgy” titles, like March of the Paraplegics and Dance or Die (our first song). Our genre was hard to define, because we were a complicated mix of punk, rock, jazz, ska, and metal. We were lucky enough to have the opportunity to play at a few local venues; our shows were always filled with friends and family who came to support us, as well as strangers who came to listen to new music. Playing in our band felt like a culmination of everything I had learned so far. I put everything together to help create something new and original that had never been heard before. 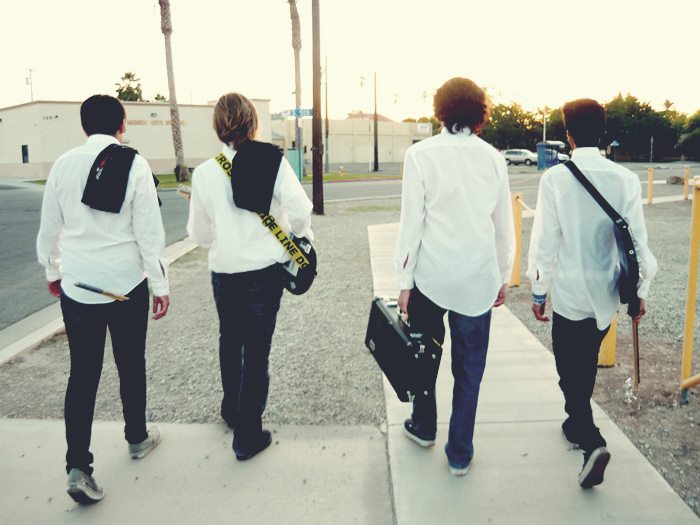 Drumming has been an enormous part of my life and a skill that I am very proud of.  It has been a long journey that has taken many years, but I do not regret any of the time that I have put into it. But ultimately, I have to give the most credit not to myself, but to my parents. Without my parents’ initial gift of that Guitar Hero drum set, I would not have been able to learn how to play on a set to begin with. And without their continued support and amazing gift of my first real drum set, I would not have had a reliable way to practice, improve upon my skills, and make original music all in comfort of my garage. If there is anything that I have learned throughout this adventure, it is that practice makes perfect and I owe it all to my parents for giving me that opportunity to practice to begin with and allowing me to become literate in my favorite subject, drumming.